We are pleased to tell you that the ducklings are settling in nicely to their new home! 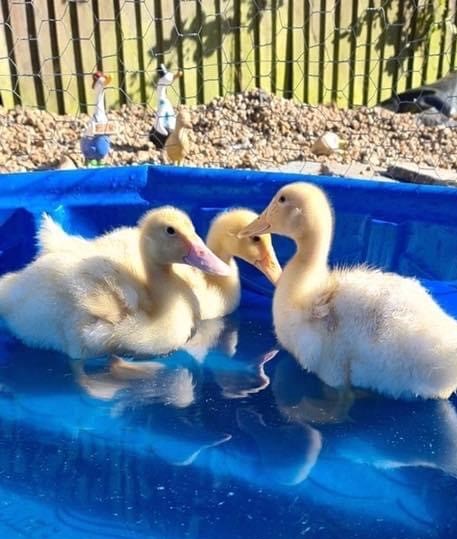 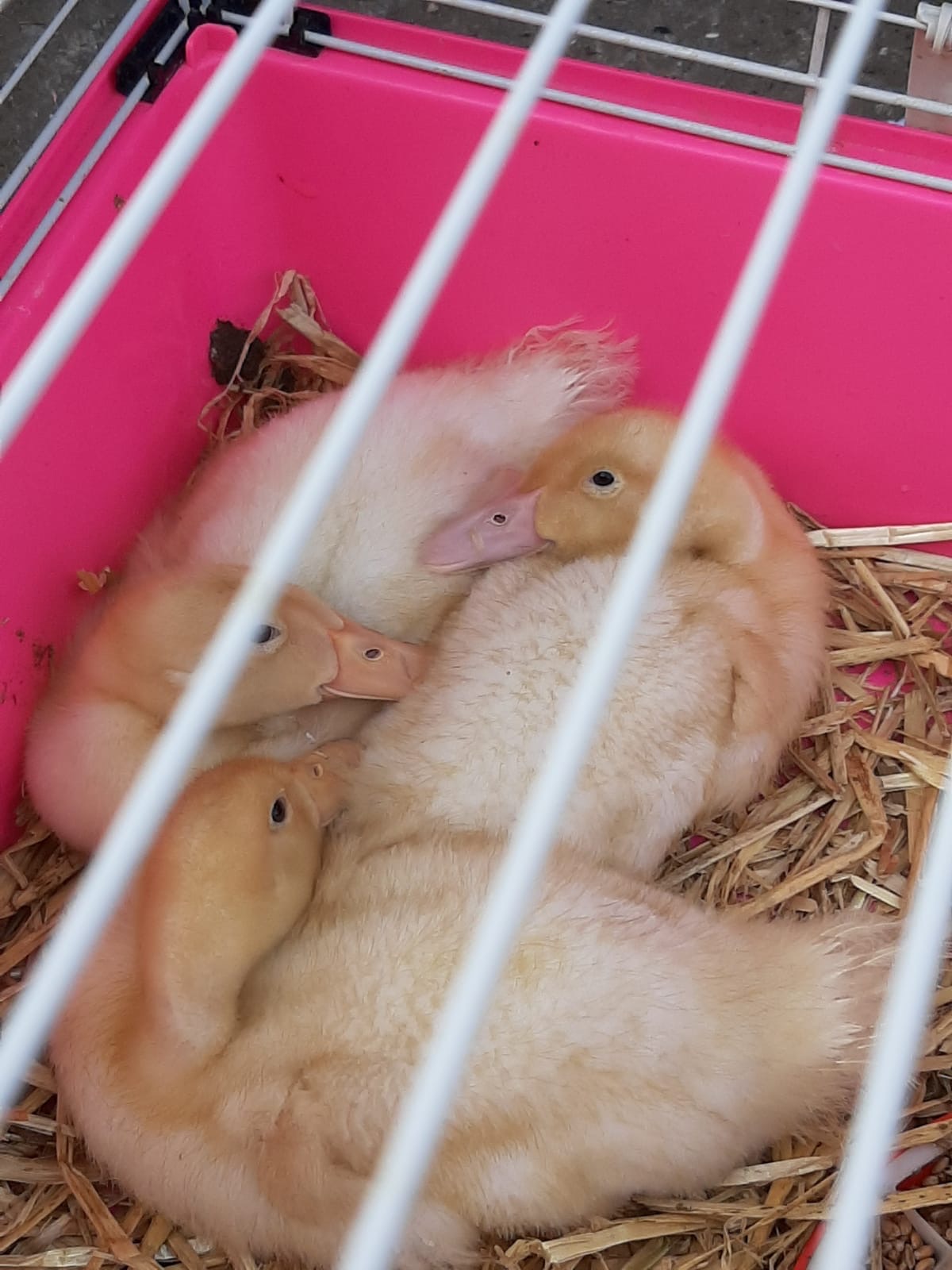 They are settling in well and growing fast! Enjoying cuddles and a swim. 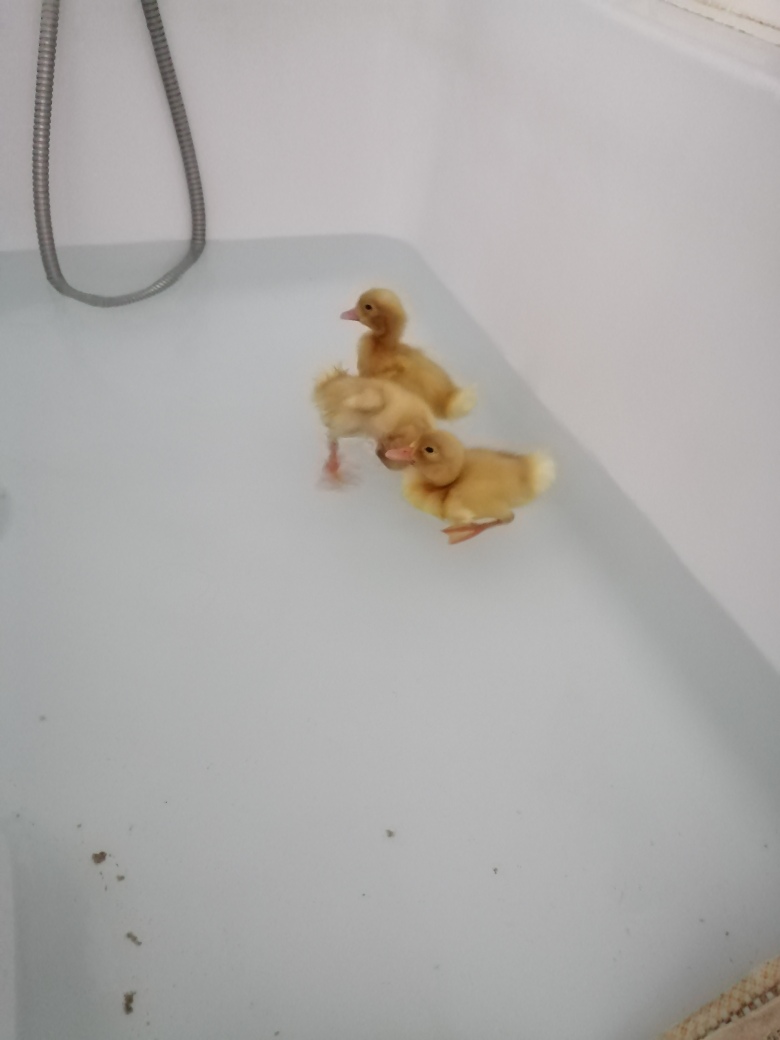 Some more pictures of our Parkside ducklings from the weekend! 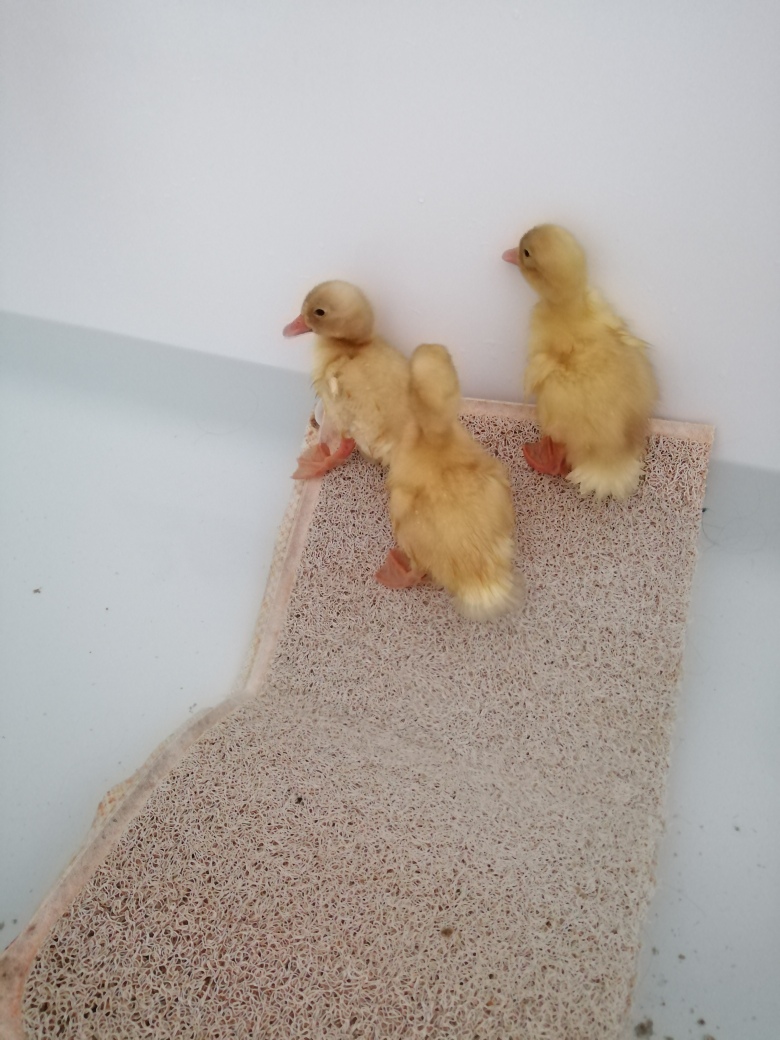 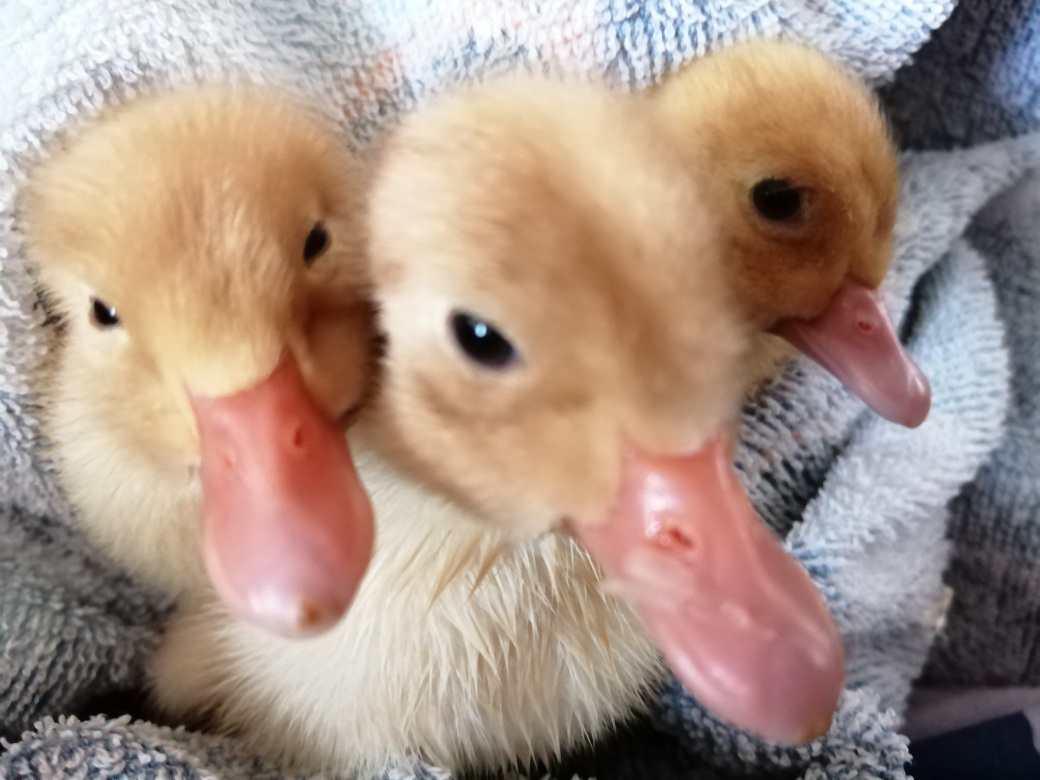 We are pleased the ducklings have started to hatch!

So far the Parkside Team has grown by three and we are 'egg'cited to see how much they will change. 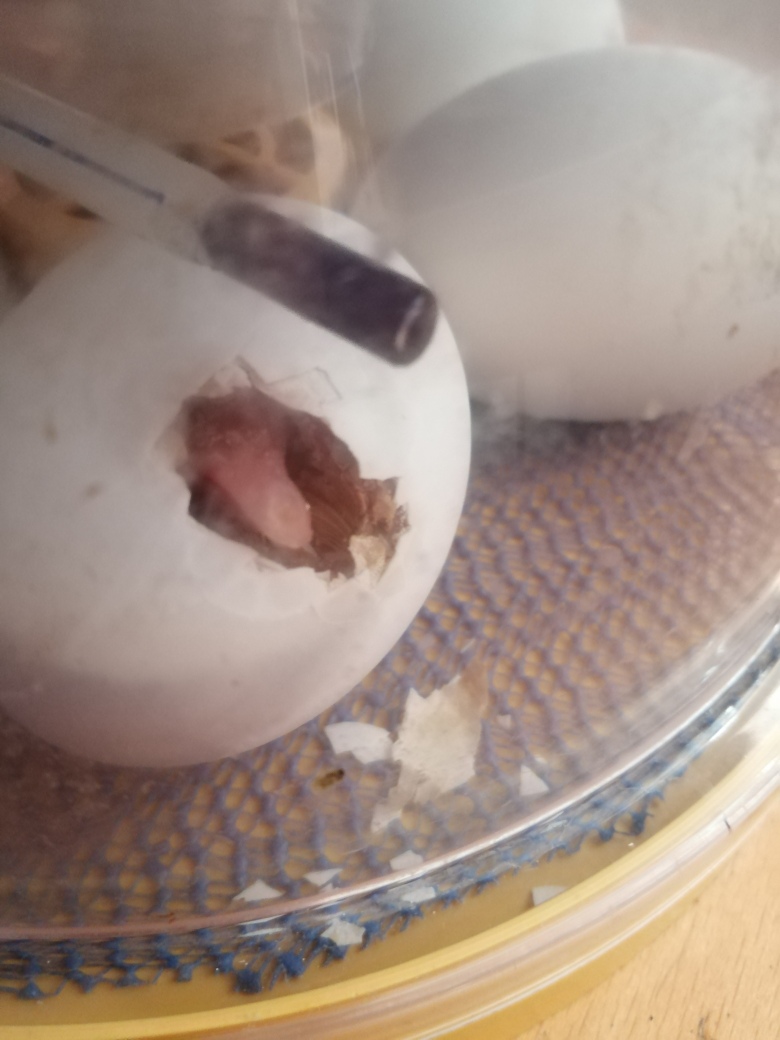 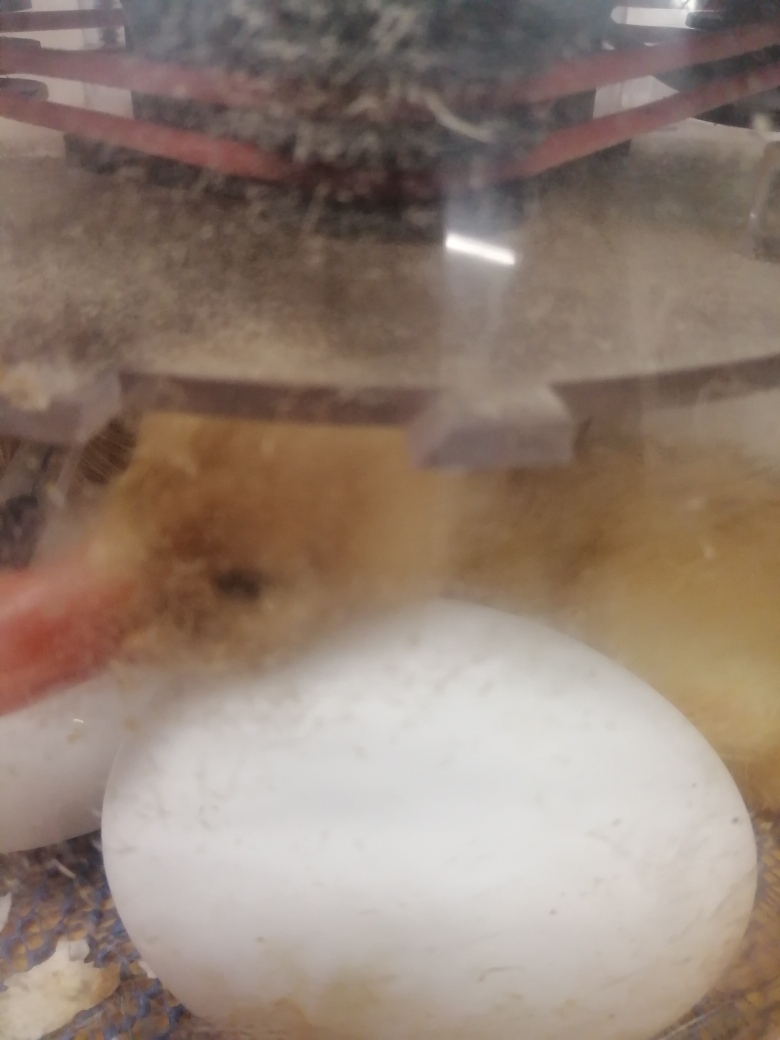 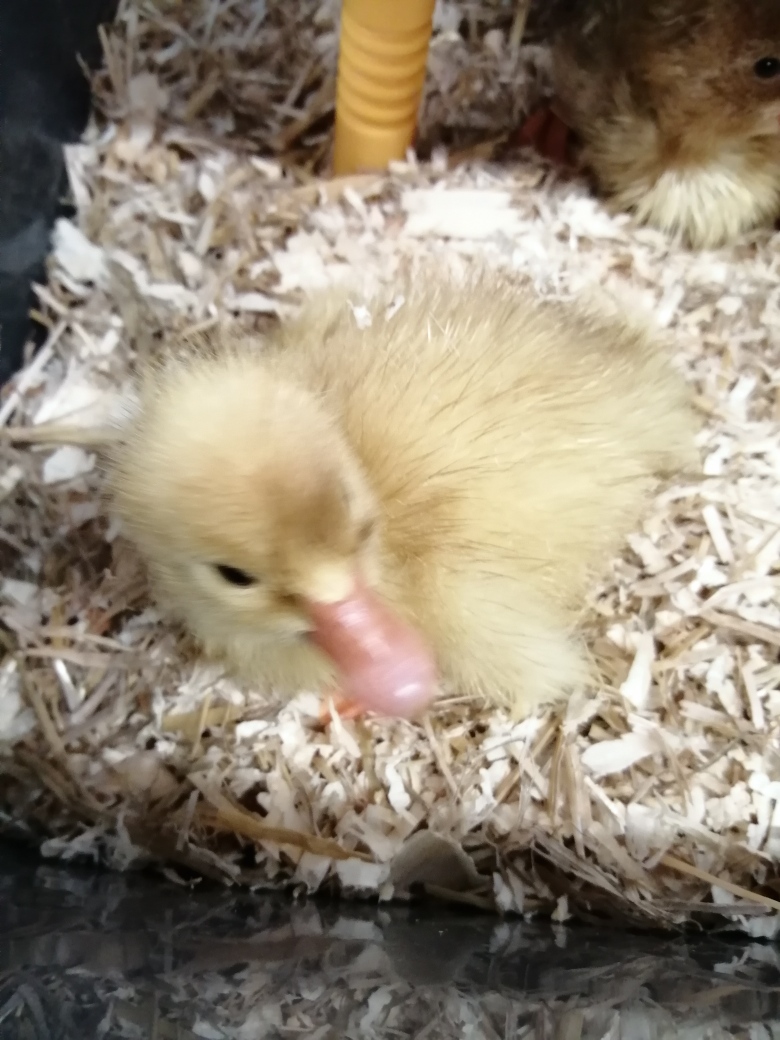 The Duck eggs have arrived at school. How long do you think they will take to hatch? 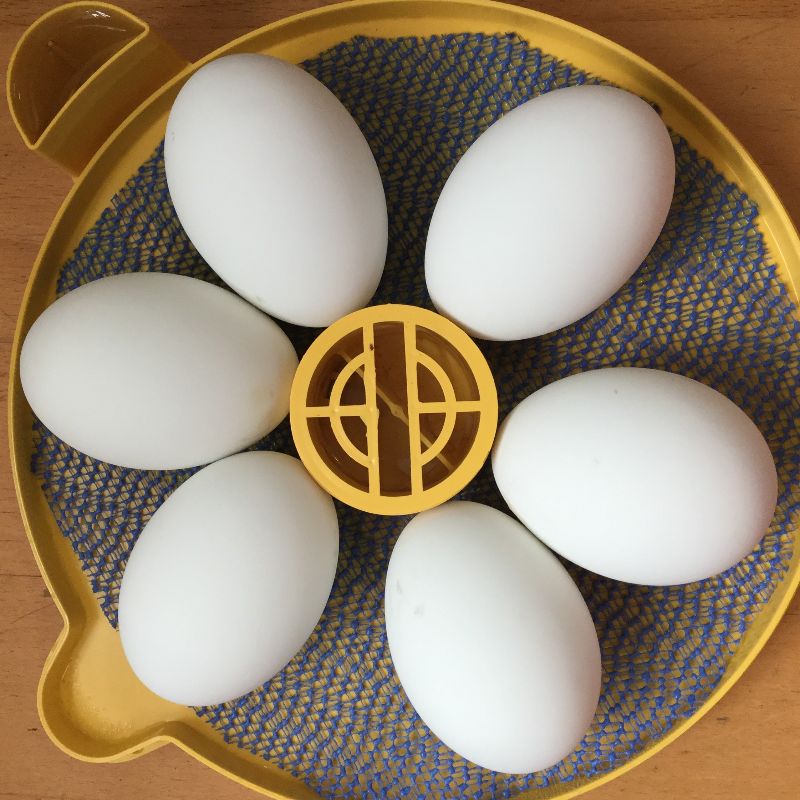 We are very grateful to the local construction company, Boygues UK, who have very kindly donated some large cable reels to Parkside. Mrs Messenger has some exciting plans to use the donations for our outside areas around the school! Keep your eye on the website to see how this progresses.

In March, Parkside Community Primary School played their first game against Barham Primary School. The game began in a very end to end fashion with each team having chances. The first goal of the game was scored by Barham midway through the first half. Parkside kept going, showing their resilience by continuing to work together as a team. There was some great saves made by Manan in the Parkside goal keeping the score 0-1. As the game reached half time there was some great football being played, topped off with some outstanding defending and goalkeeping by Logan and Manan. Just as half time struck, Barham managed to score their second of the game but this didn't dampen the Parkside spirits.

The second half began with Parkside still gaining confidence from their first half performance and not allowing their spirits to drop, Manan continued in the same form of the first half showing more outstanding saves. Although Parkside were losing their attitudes never changed and spirits never dropped with all players showing the school values in particular resilience. Just before the end of the game the Captain Freddie, hit a fantastic curling shot just over the keeper to be only halted by the cross bar. As the game came to an end with Parkside being defeated, the children can hold their heads nice and high and accept the accolades from the whole community of Parkside.

Man of the Match: Logan 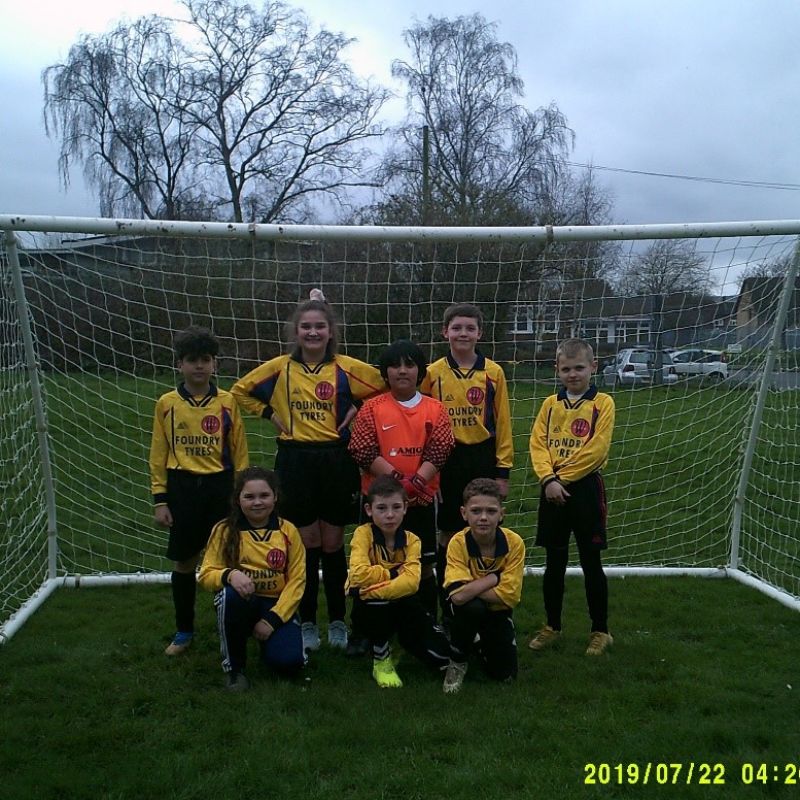 Badger Class attended the Commonwealth Day ceremony at the Princess of Wales' Royal Regiment this month to commemorate the Commonwealth of Nations. The pupils were able to watch the raising of the Union flag as part of the ceremony.

We feel very lucky to have been invited to this event celebrating such an important part of Britain's history and the children all had a wonderful time! 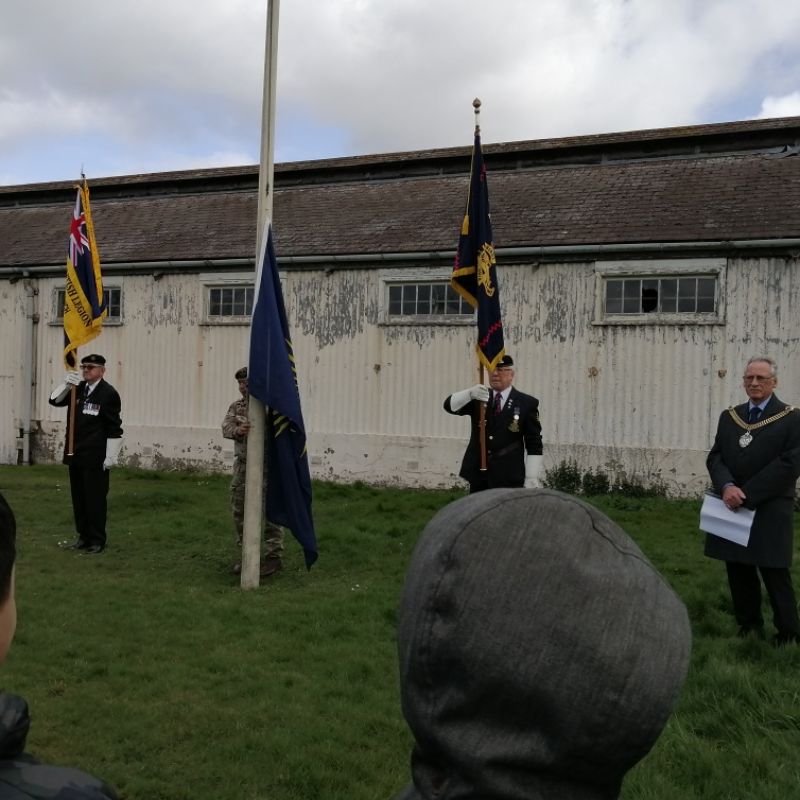 We had a fantastic time celebrating World Book Week this year!

We were lucky enough to have a traditional African storytelling workshop, a fancy dress day, a book swap and a free book for every child donated by ASDA. It was wonderful to see all the children’s amazing outfits!

A huge thank you to ASDA for the donations and also to Mrs Messenger for organising the week’s festivities! 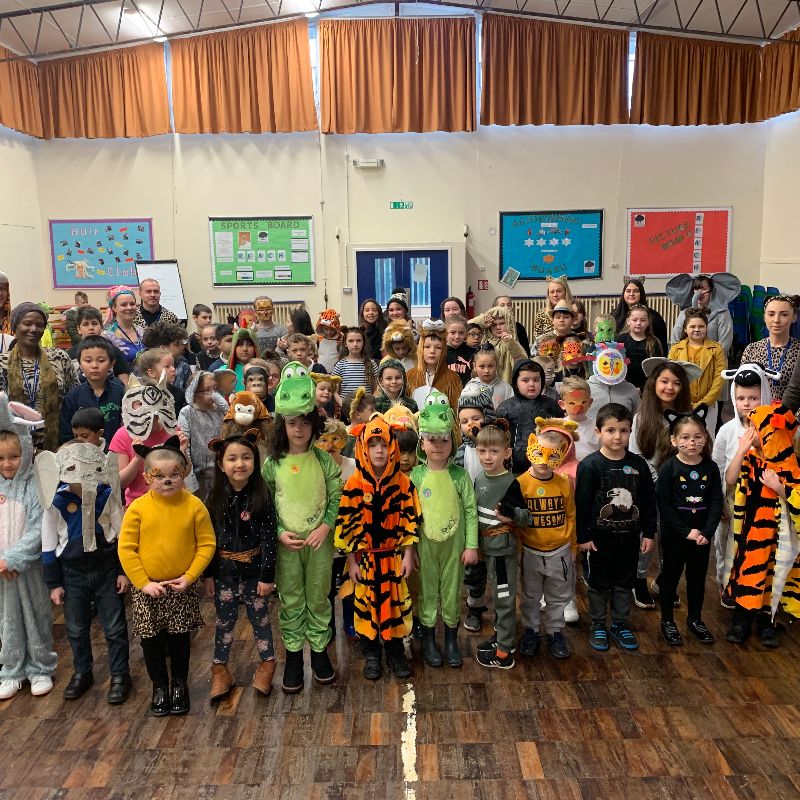 On Thursday 13th February 4 children from Parkside Community Primary School represented the school in a Change4Life event. The children got to experience different sports across the whole event and to compete against other schools. During the event our pupils showed all their school values as well as accepting and showing the values of Garlinge Primary School and Nursery where the event was held.

All the children that attended had fun and once again were a credit to the school and you all. Well done Team Parkside!

Two of our Year 6 pupils had a brilliant opportunity to attend Saturday Smarties at The Kings School recently for a fun Forensic Science day learning all about how science can help solve crime, using experiments like fingerprinting and chromatography. The pupils really enjoyed taking part and discovering new things! 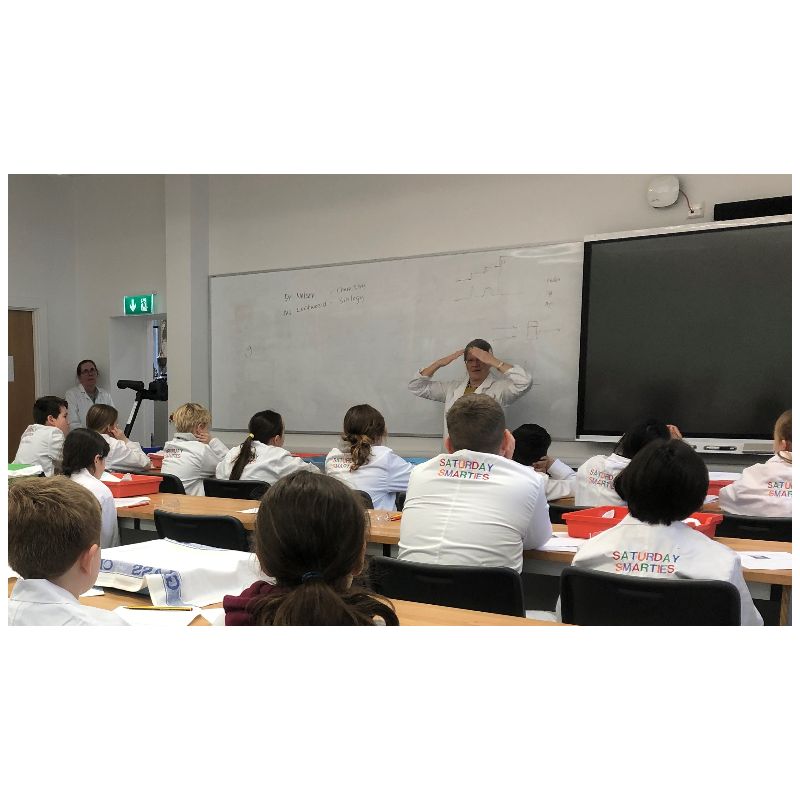 This morning our lovely Squirrel Class visited Canterbury Library and Beaney Museum as part of our topic 'Will you read me a story?'. We were so excited to ride on double decker buses to and from the city.  It started our journey off in the most delightful way - some of us even managed to laugh all the way there and back!

We met Christopher, the Librarian, who read us two very funny stories. One was called 'Slug Needs a Hug' which made us laugh.  A few of us also took out our very first library card. Preciouse loved choosing 'Cinderella' and Giyas chose 'Superdad!'. We learnt how to scan out books by ourselves and discovered that we could take out 30 in one go.

We loved the opportunity to hear stories read aloud by adult helpers and were fascinated by all the wonderful books on offer. We all enjoyed looking at new books, both fiction and non-fiction.

After the library we visited the Beaney Museum and really enjoyed discovering lots of new and interesting facts about the collection. WE HAD A WONDERFUL DAY! 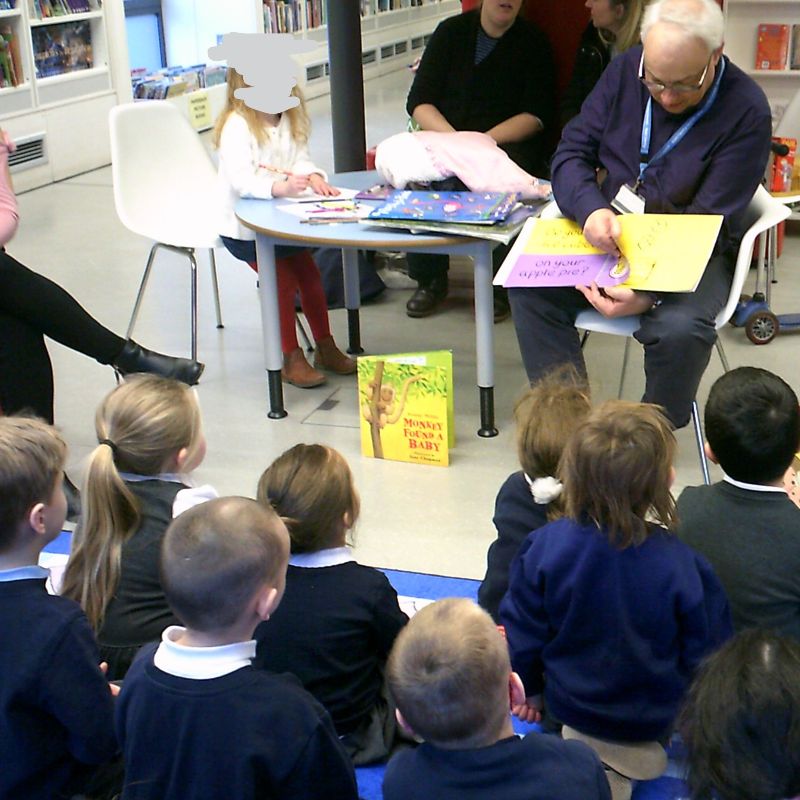 On Tuesday 14th January a team from Parkside took part in a dodgeball tournament held at Canterbury Academy. The children’s amazing winning streak early on meant that they sailed through the first few rounds and progressed to the final. They played extremely well and ended up finishing the competition in second place!

We are extremely proud of all the children who took part and represented Parkside. We look forward to partaking in more sporting events throughout the year. 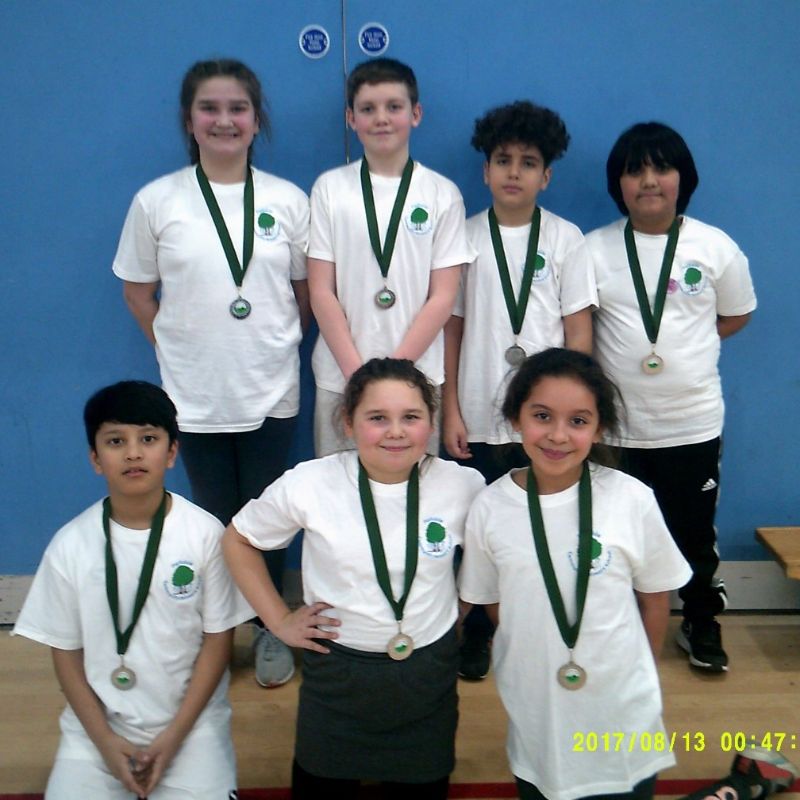 We held our annual Christingle service on Monday 16th December which was led by Owl Class. Year 4-6 children each made a Christingle to show in assembly and what a beautiful display it was!

We would like to say a huge thank you to Reverend Phil for his continued support.

Otter and Squirrel Classes performed a superb Nativity play for us all at All Saints Church on 13th December and we are extremely proud of each of them. It was wonderful to see so many families join us for the performance and support the children. 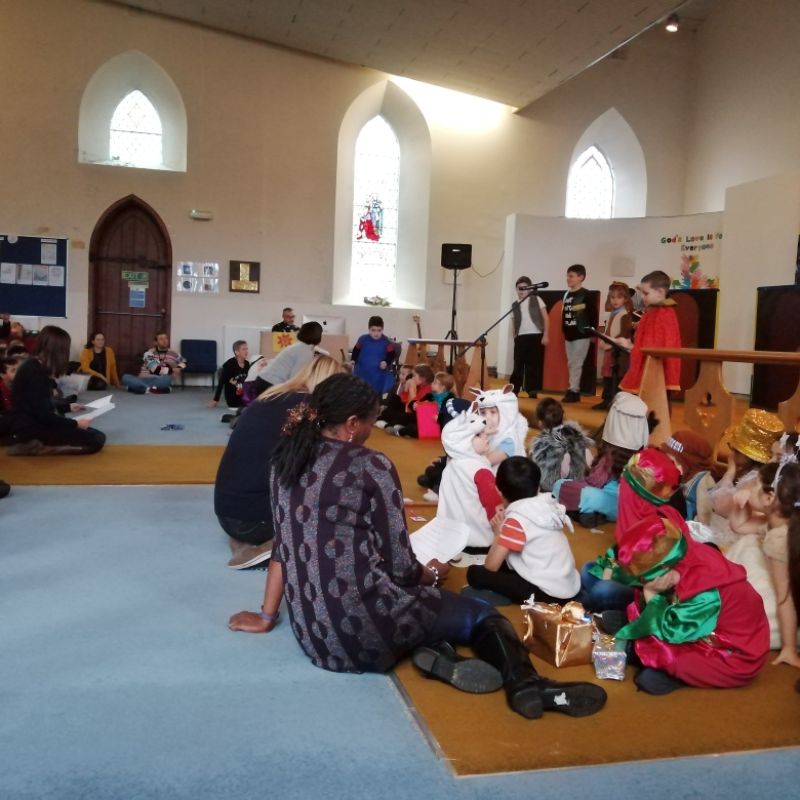 The newly formed PTFA organised an amazing Christmas Fair for the children at the end of Term 2.  There was a lot of different games to play and the chance to win some amazing prizes, donated by local businesses, on the raffle.  The children, parents and the local community all had a nice time and enjoyed the festive atmosphere. 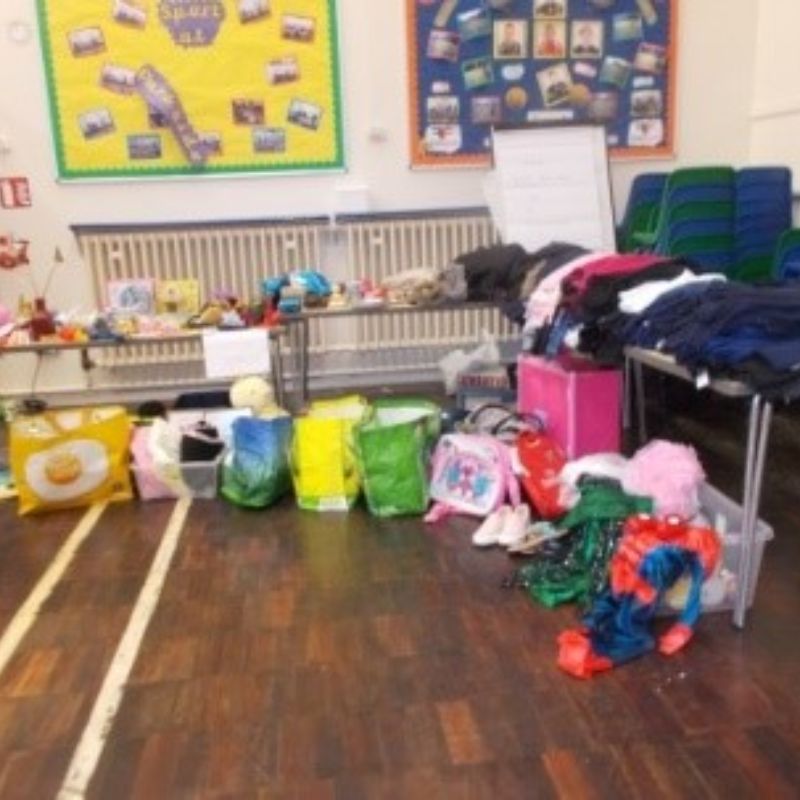 Owls Class visited Canterbury Library this week and took part in an Origami Workshop. They had the opportunity to create some paper Christmas tree decorations that will be displayed on the Christmas tree in the library.

All the children had a great time and enjoyed learning a new skill. They were a credit to the school and we are very proud of them! 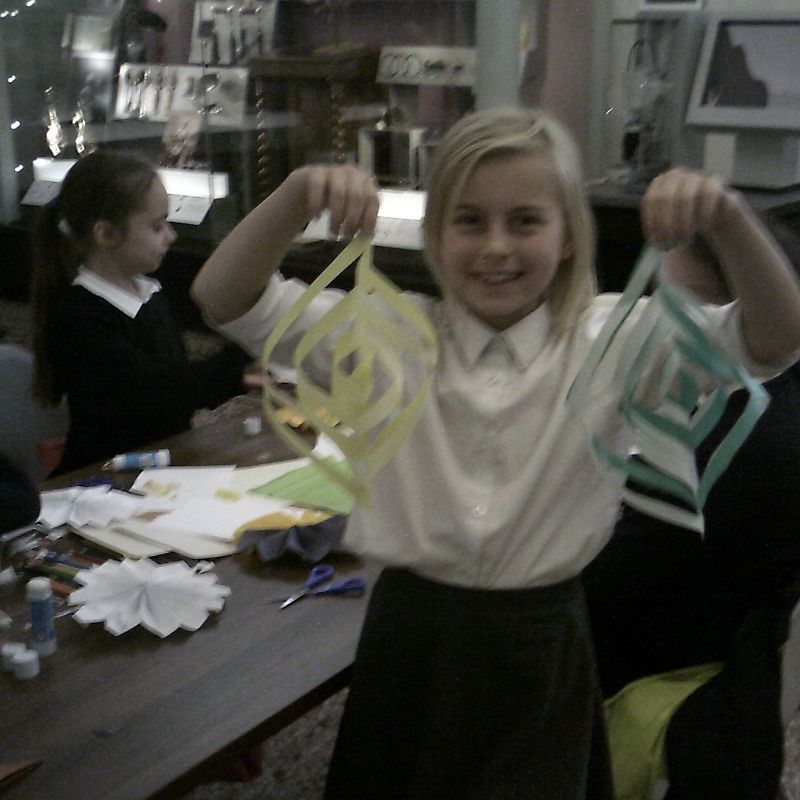 Owl Class led the Remembrance assembly and shared some very emotional poetry based on Flanders Fields. Parents were invited to the assembly and we were joined by Mr Bodham who has served with Royal Army Ordinance Corps and 16 Para Heavy Drop. The whole school honoured the two minutes silence. It was a moving assembly that the children took pride in leading. Thank you to all the parents that supported us and to Mr Bodham for joining us. 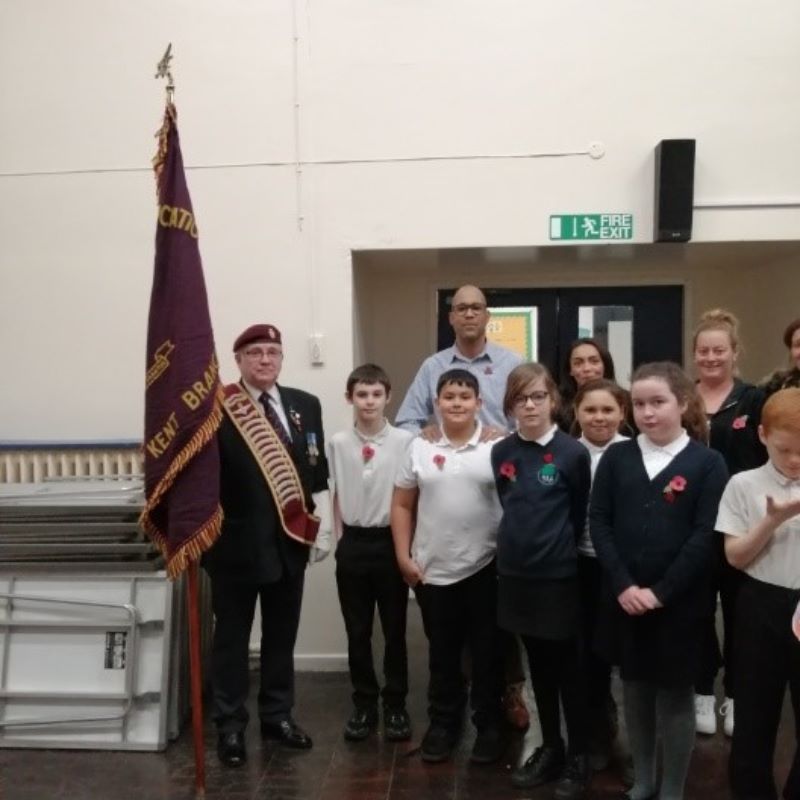 Two Year 6 children were lucky enough to go and spend the morning in the science labs at Junior Kings School on 9th November as part of their Saturday Smarties Science Masterclass.  They had the opportunity to complete different experiments and really enjoyed taking part.

We are looking forward to more events with Kings School in the future. 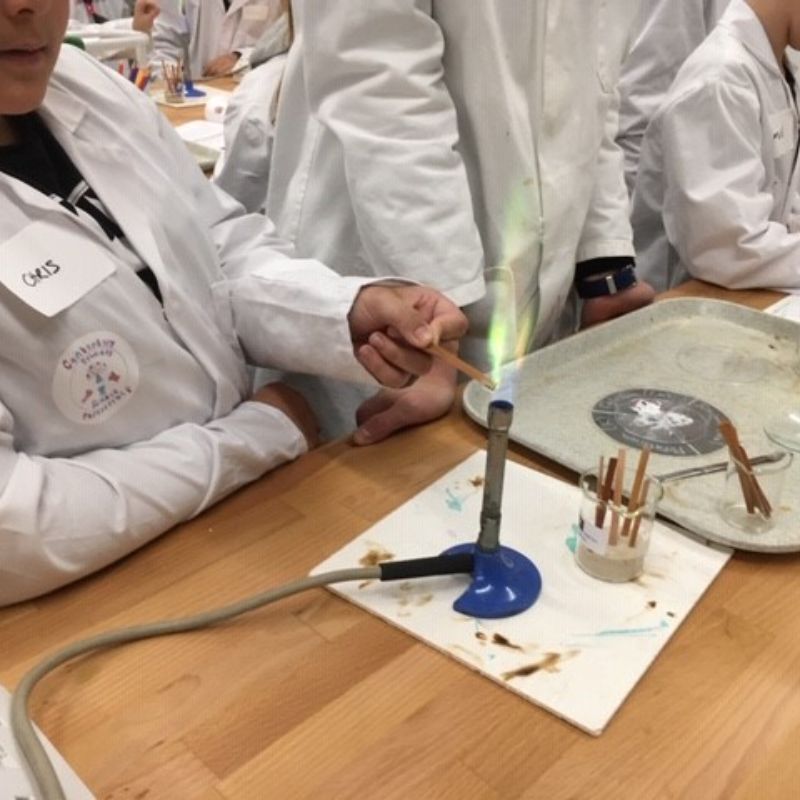 We held a coffee morning in aid of MacMillian Cancer Support inviting parents and members of the community to join us.

Parents and staff donated lots of delicious cakes which we enjoyed, thank you to those parents that were able to attend it was lovely to meet you all. 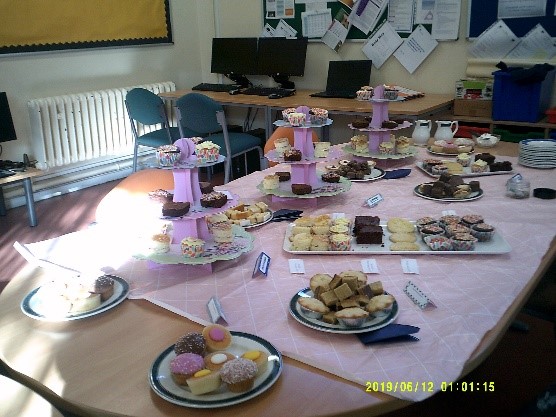 As we had so many cakes left we were able to hold a cake sale on the playground at the end of the day.  Between both events we raised £50.00 to send to a worthwhile charity. 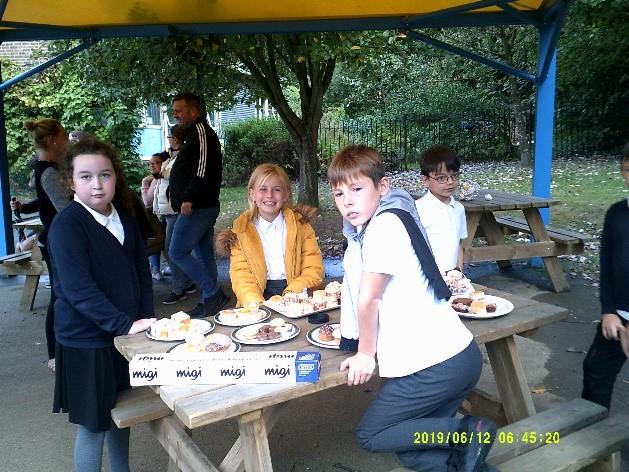 Thank you for your generosity and support.

The children had a visit from The Kent Road Safety Club and learnt about road safety. 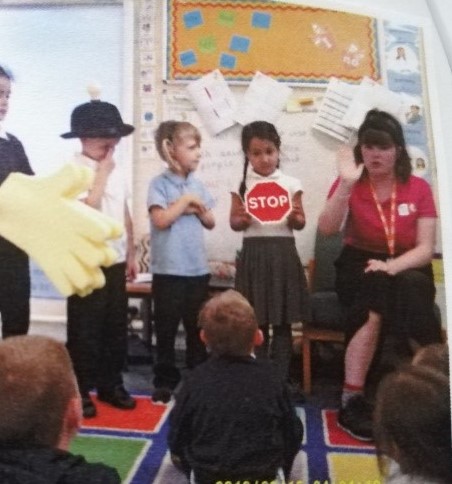 They listened carefully to our visitor and learnt about the importance of being safe when crossing the road.

We had a lovely time and learnt a valuable lesson.

The children all took part in the fund raising event of Jeans for Genes.  They paid a donation to wear the Jeans for the day. We learnt about the importance of this charity and how it helps children and adults with genetic disorders raising funds to support research.

We raised a fantastic £40.00 to send to the charity.  Thank you everyone for your support with this. 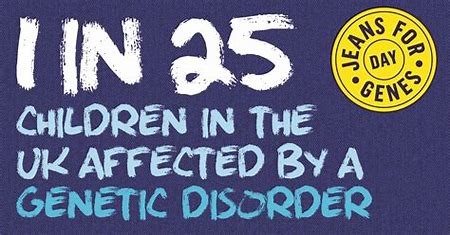 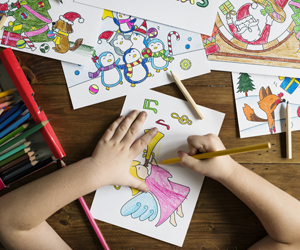 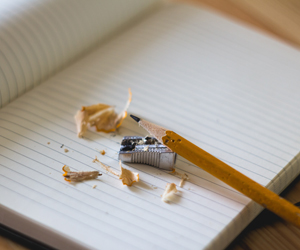 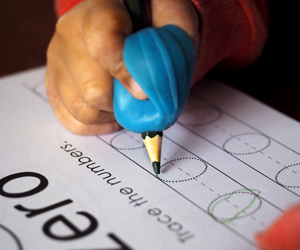 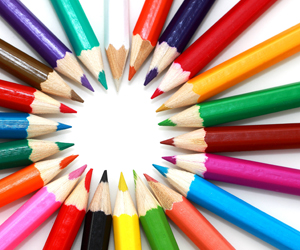